The Clean Hydrogen Partnership is a unique public private partnership supporting research and innovation (R&I) activities in hydrogen technologies in Europe that gathers the European Commission, fuel cell and hydrogen industries represented by Hydrogen Europe and the research community represented by Hydrogen Europe Research. Its aim is to strengthen and integrate EU scientific capacity, in order to accelerate the development and improvement of advanced clean hydrogen applications.

The Stakeholders Group is an official advisory body, to be consulted on various horizontal issues or specific questions in areas relevant to the work of the Clean Hydrogen JU, that will meet at least twice a year, with a first meeting held on 9 February 2022. The group will mainly provide input on the strategic and the technological priorities to be addressed by the Clean Hydrogen JU and suggestions to enable concrete synergies to take place between the JU and the adjacent sectors or any sector with which synergies are deemed of added value.

More information can be found here. 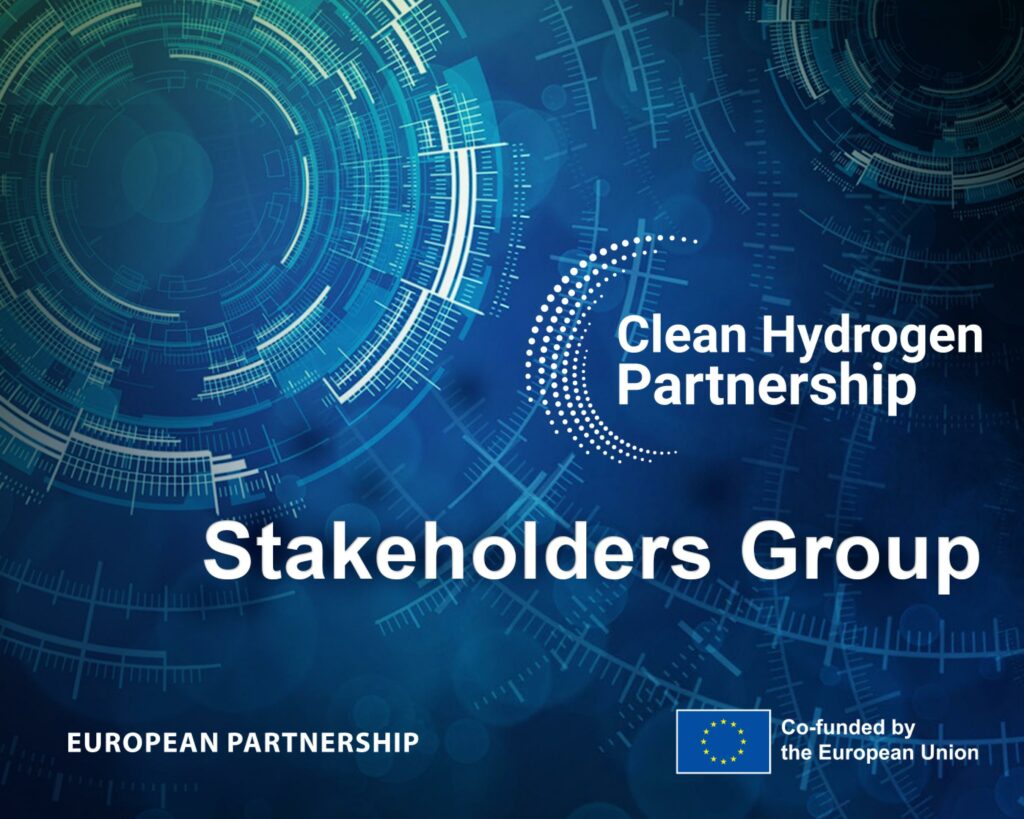 You have Successfully Subscribed!

We use cookies on our website to give you the most relevant experience by remembering your preferences and repeat visits. By clicking “Accept All”, you consent to the use of ALL the cookies. However, you may visit "Cookie Settings" to provide a controlled consent.
Cookie SettingsAccept All
Manage consent

This website uses cookies to improve your experience while you navigate through the website. Out of these, the cookies that are categorized as necessary are stored on your browser as they are essential for the working of basic functionalities of the website. We also use third-party cookies that help us analyze and understand how you use this website. These cookies will be stored in your browser only with your consent. You also have the option to opt-out of these cookies. But opting out of some of these cookies may affect your browsing experience.
Necessary Always Enabled
Necessary cookies are absolutely essential for the website to function properly. These cookies ensure basic functionalities and security features of the website, anonymously.
Functional
Functional cookies help to perform certain functionalities like sharing the content of the website on social media platforms, collect feedbacks, and other third-party features.
Performance
Performance cookies are used to understand and analyze the key performance indexes of the website which helps in delivering a better user experience for the visitors.
Analytics
Analytical cookies are used to understand how visitors interact with the website. These cookies help provide information on metrics the number of visitors, bounce rate, traffic source, etc.
Advertisement
Advertisement cookies are used to provide visitors with relevant ads and marketing campaigns. These cookies track visitors across websites and collect information to provide customized ads.
Others
Other uncategorized cookies are those that are being analyzed and have not been classified into a category as yet.
SAVE & ACCEPT
Share This